The core philosophy in the design of Special Projects is to achieve a process and product that is trans-formative.  The longer duration and intensity of the projects allow for a greater degree of mentoring and collaboration. 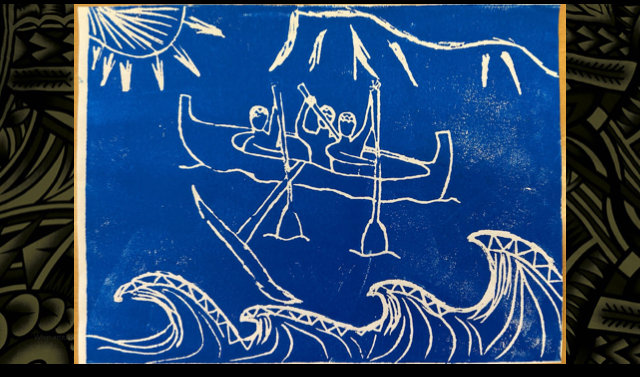 In February, Kumu Dalani Tanahy worked (funded by Afterschool Art) with all four of Mr. Shiroma’s art classes (99 students) to learn the history and process to make Kapa cloth from paper mulberry trees (wauke) grown by Ms. Tanahy and how to use traditional printing tools, e.g., shark teeth and shells.  The students built on their earlier printmaking skills, enjoyed the hands-on classes and explored this ancient polynesian artform. 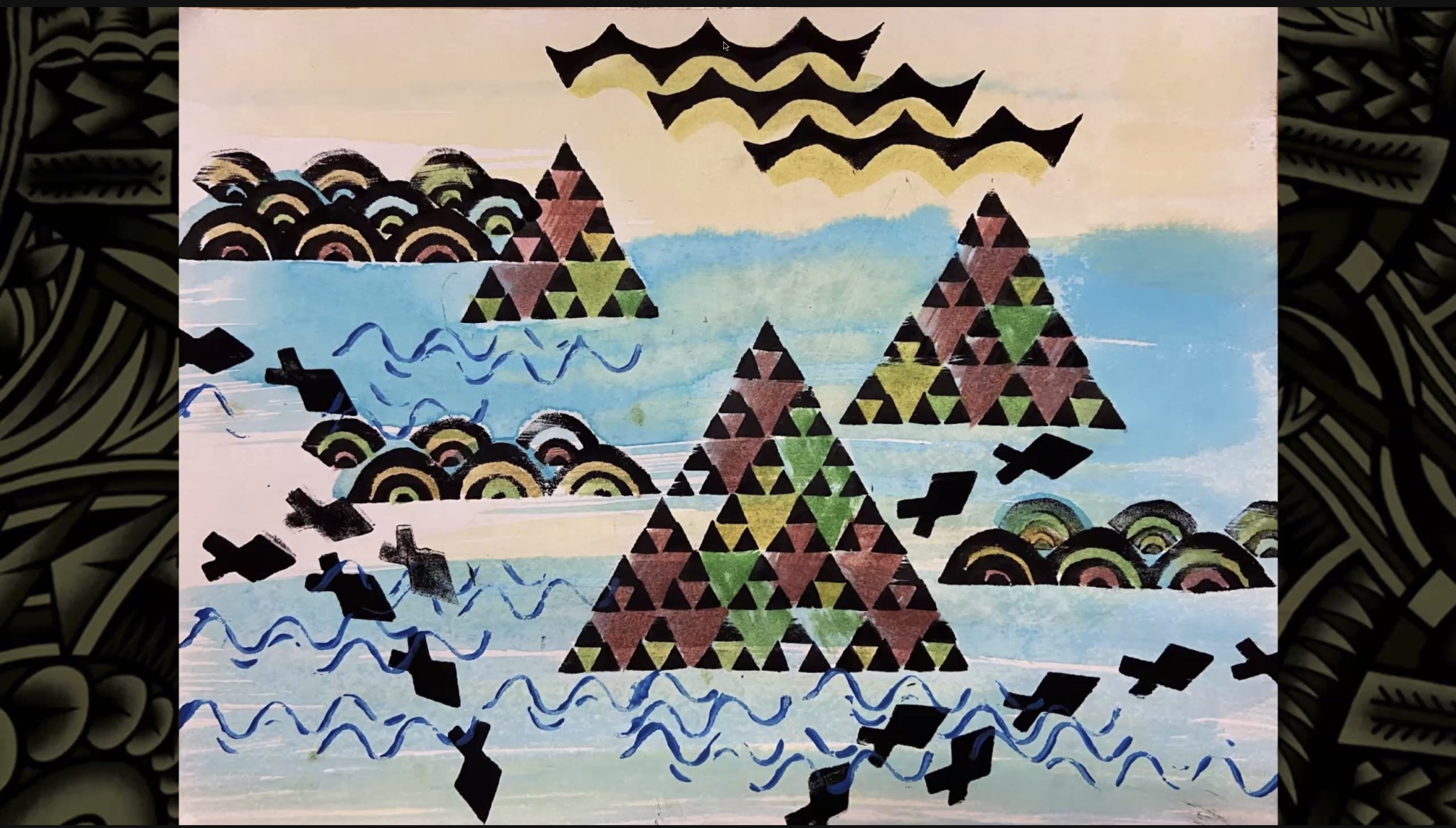 The project culminated with the construction of an out-door lava rock and steel-rod sculpture at Kids Hurt,Too patio.  The stones were collected from a Manoa stream bed.

The youth learned, in addition to basic stone sculpture design, about Kamran’s path to becoming a professional artist and also how to use stones in printmaking.

Kamran, pictured teaching below, grew up in rural Laupahoehoe on the Island of Hawaii.

His work has shown in Honolulu galleries (e.g., John Young Museum of Art, Saks 5th Avenue) and at The Andy Warhol museum in Pittsburg, PA. 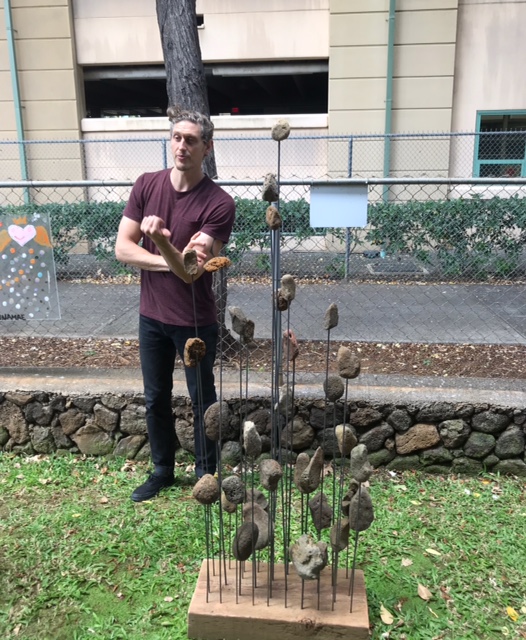 Former Hawaii artist, Eva Enriquez spearheaded a summer social justice mural project through a partnership with the San Francisco-based nonprofit, Root Division.  Eva and another local artist worked with four high school students.  Afterschool Art’s President & CEO, Dr. Bob Grossmann collaborated with the group via video teleconference to explore the key underpinnings of social justice and issues important to the students.  The group focused on gun violence and the need to re-humanize the victims and their communities and discussed ways to peacefully reduce conflict.  The group visited and studied on-line murals in the San Francisco area before embarking on 14 hour of studio time to complete the diptych.  The mural depicts a transformation as the viewer moves from a socially-disrupted panel on the left to a more peaceful community on the right. 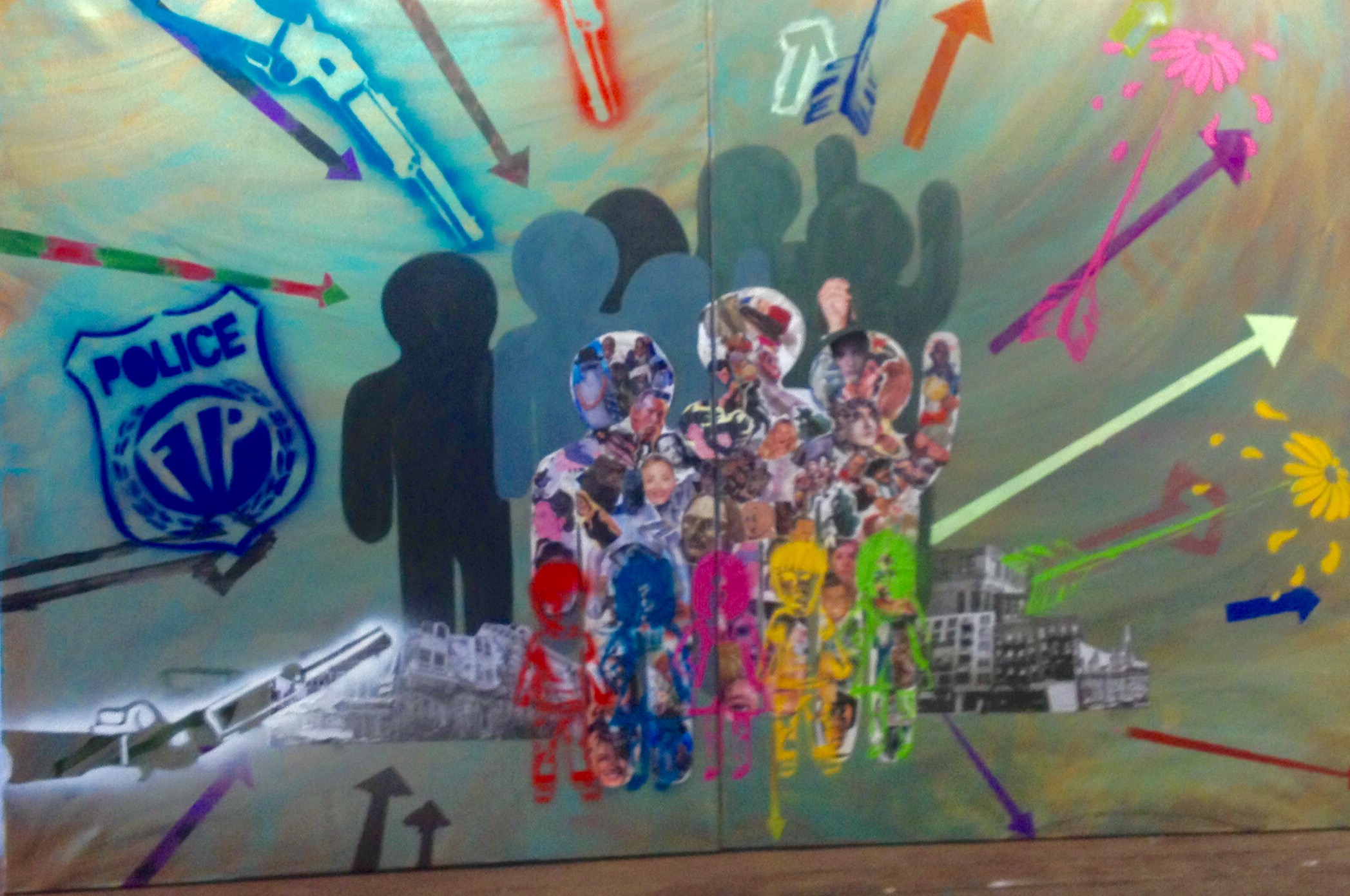 All these pieces came together during a mural project at the Kalihi Community Center undertaken by local artist Solomon Enos and a group of students and staff from Hale Kipa.  The design and painting of the Hawaiian deity, Haumea took place over two Saturdays.  Mr. Enos challenged the youth to engage life with purpose.

“With the goal in mind to design an image that highlighted positive values, I asked them what kind of images would suggest a comfortable safe place for them. The students answered a nature scene, the mountains, or a sunset. Most of them are Hawaiian and feel empowered and proud to express their own culture and use Hawaiian aesthetic elements in the composition.

Over four months I had many students, boys and girls, that contributed with their enthusiasm and enjoyment to the different stages of the project. Among all of them, there was a Hawaiian boy from Waianae who transformed from a quiet student to a role model. He gave me the greater gift a teacher can receive: he became a teacher to other kids in the facility inside and outside the classroom.

With his example, I realized how these ‘at-risk youth’ have so much potential to transformed and become leaders for other youth in the community. These students come into the class in a survival mode and art opens up their interest to learn something again by direct experience. They become confident and find self-worth. And I feel very lucky to witness that.”  — Eva Enriquez 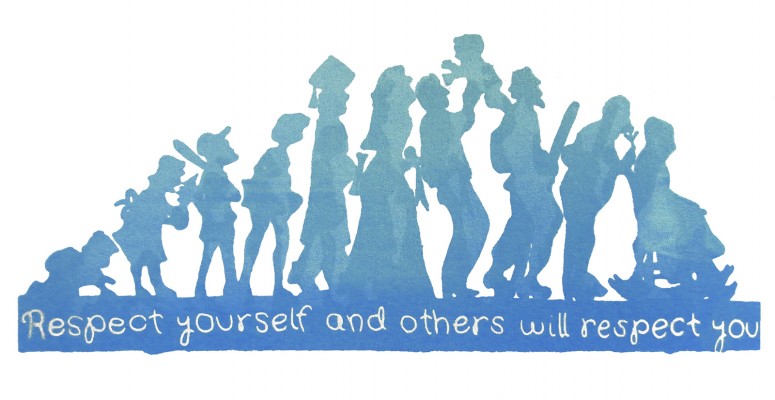 This special screenprinting project took place at Punahou School and at the Honolulu Printmakers’ studio (at the Honolulu Museum of Art School).  Recent UH Manoa graduates worked with PUEO (Partnerships in Unlimited Educational Opportunities) Program students to think critically about what they find important to them in their local environment and society, and to then create imagery based on these issues/causes. 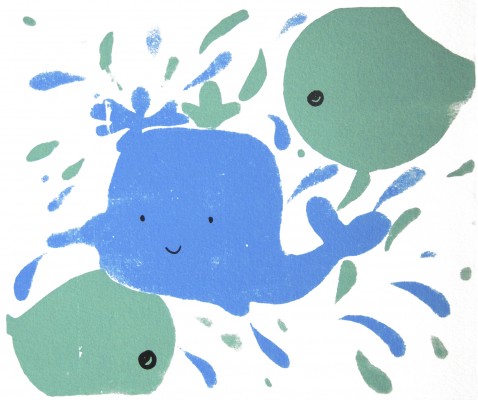 Causes in this class addressed the following topics:
• removing litter from the ocean
• the importance of self-respect
• protecting endangered animals
• endurance and spiritual will
• intercultural peace
• litter and pollution in paradise
• gender equality 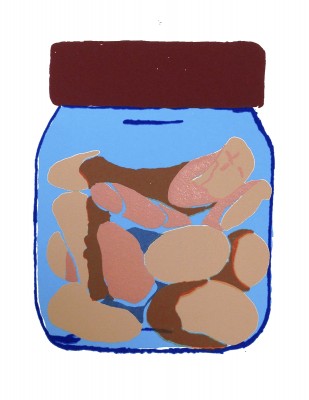 These prints culminated in the group of students and instructors each contributing a “cause” print to create an accordion-style book.  Each student received a copy of the book.

Listen to Hawaii Public Radio’s story on this project:
http://hpr2.org/post/young-printmakers-put-their-own-stamp-life 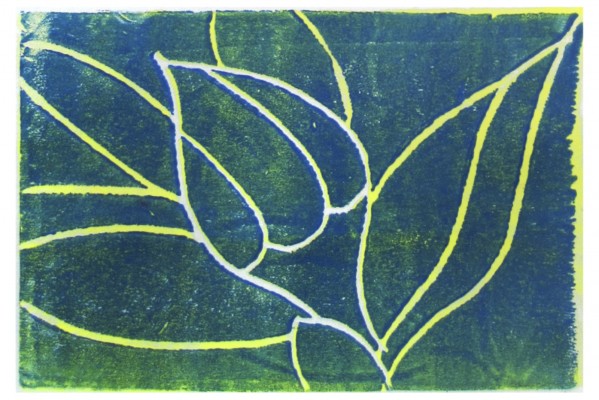 A special printmaking project dedicated to the magnificence and vastness of Manoa Valley.  From within Lyon Arboretum, workshops are designed to create an awareness and appreciation of the natural beauty and the importance of the watershed found in the back of Manoa. 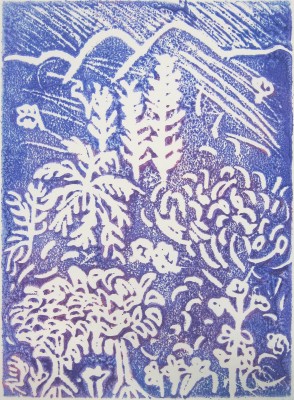 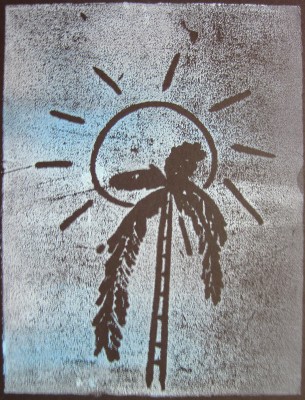 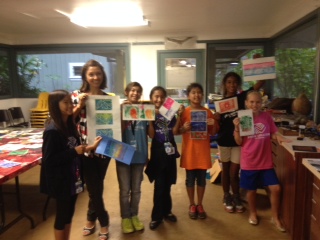 Local artists Jeff Pagay (2009) and Crystal Tezuka (2011) worked with youth from various programs (Immigrant Justice Center, Kids Hurt Too and Family Promise) at the Kukui Center to install two mural projects. The youth were involved in the design and painting.